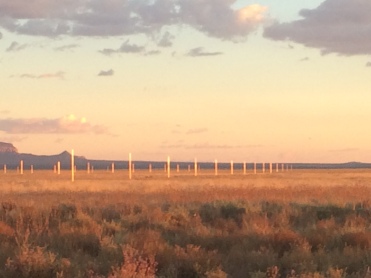 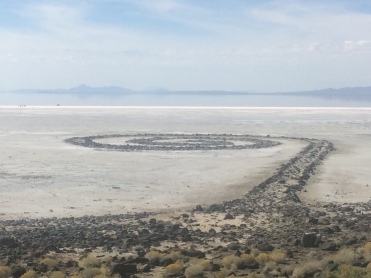 It was only on my radar for a minute when I read that a visit to these 2 magical Land Art installations were going to be an auction item at the Aspen Art Museum’s holiday fundraiser.  With a nod from our director Heidi and a chat with my husband, we were convinced that this was an experience not to miss and a tough reservation to score through DIA, the organization who owns both installations.

So here we were 9 months later in the middle of nowhere but somewhere in New Mexico in a cozy cabin that sleeps 6 (we were 5) looking out into the vastness surrounded by 400 stainless steel poles otherwise known as the Lightning Field inspired by Walter De Maria. I truly expected a visit from Jack Nicholson from The Shining. 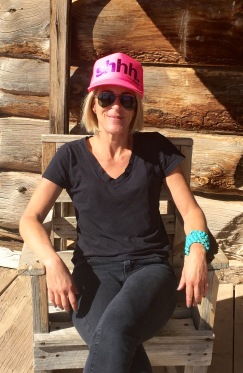 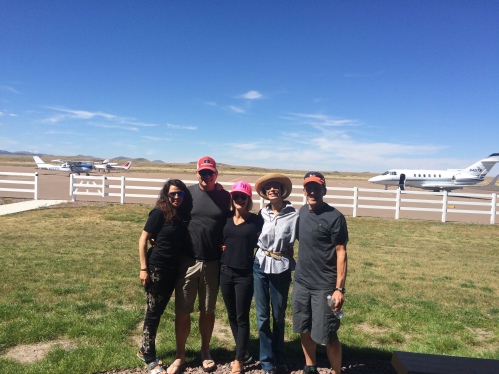 Evidently, De Maria spent years searching for the perfect spot with a high incidence of storms to dance around these poles but present-day visitors would be very lucky to witness actual lightning.  Our night was clear and perfect with the full moon to the east while the sun was setting to the west.  What was exceptional was the light reflecting on these javelin looking poles at sunrise and sunset and how they disappeared during the day and night.  As I walked the entire perimeter of the install for 2 hours, it was clear that these poles were not placed randomly but with exact measurements in mind. Judging from the high brush, it didn’t seem to be walked very often.  But that didn’t stop Heidi and I from doing yoga in unexpected places and getting up before sunrise to meditate in the middle of the Fields. It was magical. 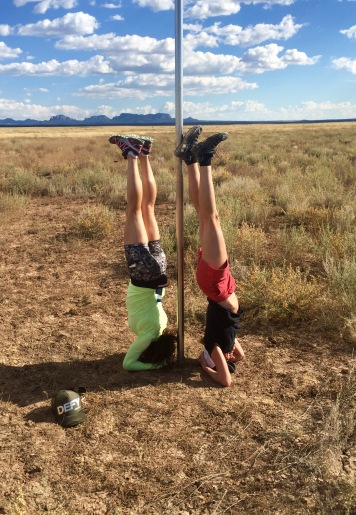 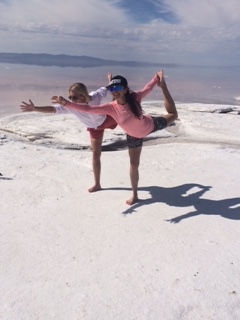 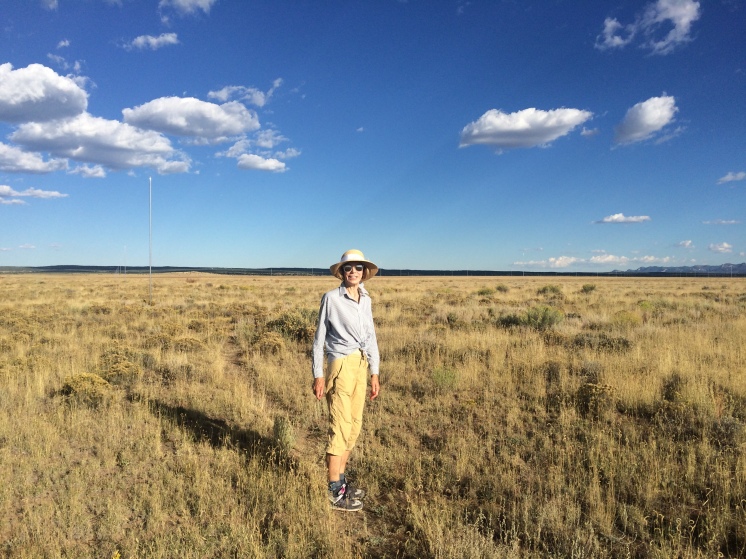 Onward and Upward, Robert, our DIA representative and driver collected us bright and early to take us back to thriving Springerville to catch our flight to see Robert Smithson’s “Spiral Jetty” in the Great Salt Lake.  With Led Zeppelin’s “Stairway to Heaven” playing loud in the car, we shifted gears quickly as we heard this was the perfect accompaniment for mood altering travel. And so it was.  A quick trip over to Utah brought us to Jeff, a curator from Brigham Young University full of knowledge and insights pertaining to this corkscrewing sculpture of 6,000 tons of volcanic rocks once submerged into the Great Salt Lake.  Mr Smithson who has since died in a plane crash looking for another installation site created this land art in 1970 in 2 weeks time during an unusual low water level.  When the water level rose, the “Spiral Jetty” went under and for 25 years disappeared. 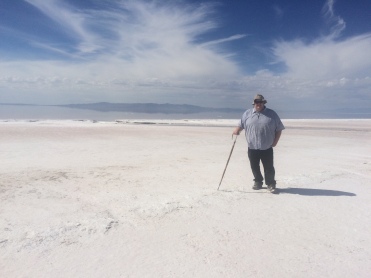 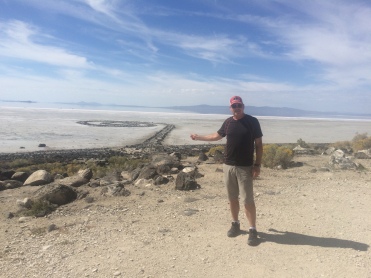 Even now, the Spiral Jetty is not always visible but we got lucky.  It was an amazing landscape covered with salt crystals and colors ranging from pink to blue.  We walked out to the distance feeling so removed from the world yet so connected to the earth.  Jeff told us to look out for the naked guy that likes to hang out on the rocks but he must have taken the day off…it was Sunday.  After 2 days of travel to see and experience these extraordinary installations,  I have a desire to see more of this kind of work and what actually inspired them to create such works that not a lot of people will see. Coincidently, there is a new documentary just released on the story of Land Art and it seems both Walter De Maria and Robert Smithson were known as “troublemakers”.  Well, they were certainly out-of-the-box thinkers as one historian articulated “these were radical people using the skin of the earth as a canvas”.  How inspiring. 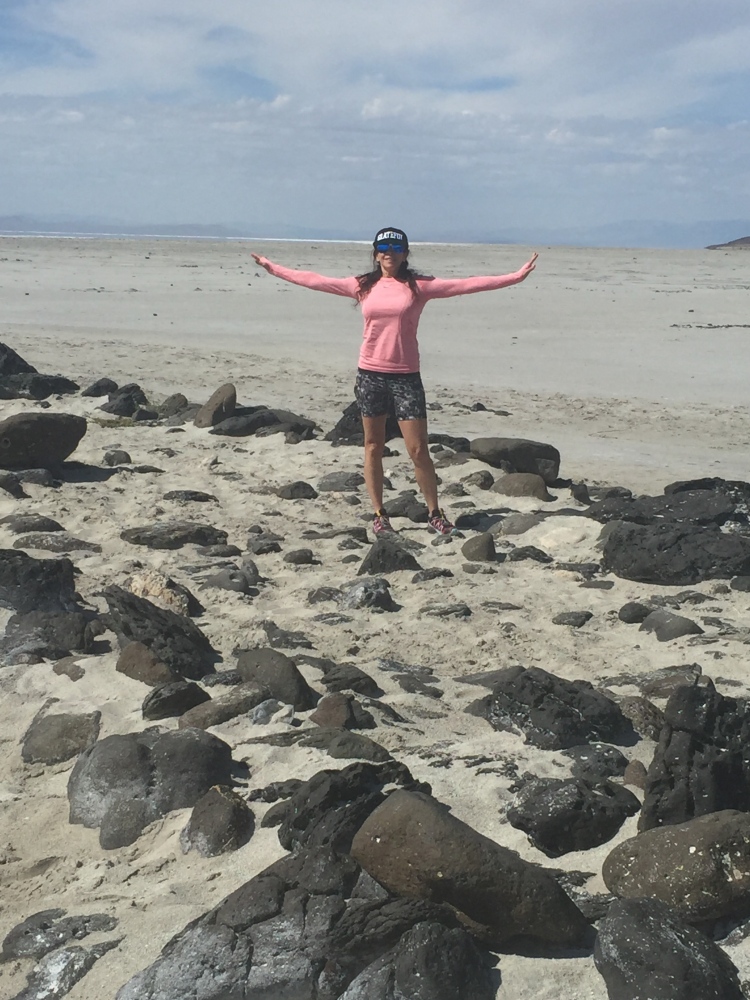 One thought on “The Lightning Field and Spiral Jetty”