The opportunity to go to Dubai doesn’t come often especially when invited to go with an American Art Institution… our very own Aspen Art Museum. It was a small (23 of us) select group with a wonderful dynamic from the start spearheaded by our chief executive officer, director and curator… Heidi Zuckerman Jacobson.

Art Dubai or MENASA (middle east/north africa/south asia)  was started five years ago and has become a cornerstone of the regions booming contemporary art community in which we got up close and personal.  But first a little history…

The United Arab Emirates or “the Emirates” is a federation of 7 emirates known as principalities each governed by a hereditary emir, with a single national president. 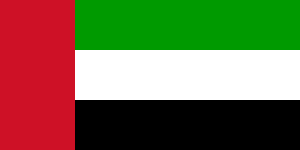 The colors in the flag of the UAE could sum it up for you in that the green represents fertility (lots of offspring here), white is neutrality (they are certainly trying), black is petroleum (oil is king), and red represents strength and bravery.  We visited 3 emirates (Dubai, Abu Dhabi, Sharjah) and Qatar (which used to be part of the UAE before 1971) to see the spectacular I.M Pei Museum of Islamic Art.

And then there’s the World Islands, a collection of man-made islands shaped into the continents of the world located off the coast of Dubai. You can own one of those islands for a mere 100 million.  And the Palm Islands which is often referred to as Dubai’s 8th wonder of the world is also affordable at 10 million for a small lot.

We took a Heli ride to get a better perspective of it all. Our days were incredibly busy visiting galleries in and outside the fair, private collections and museums, and being hosted for lunches and dinners.  In fact, we were honored to be invited to Abu Dhabi, the capital of the UAE, to meet and lunch with Michael Corbin,

the United States Ambassador.  He was personable and passionate about his position as an Arabist and the future of the Saadiyat Story which is the new Cultural District for museums including the Zayed National,and the Louve and Guggenheim Abu Dhabi.  We were able to see the site and to tour the magnificent Mosque of Sheikh Zayed bin Sultan Al Nayan (say that fast) in full Burkas.

Burj Al Arab is the worlds only 7-star hotel and it is over-the-top glitzy like most of Dubai where More is More. We didn’t stay there (you should) but we did have a memorable dinner in the underwater aquarium. It was all lit up for St. Pataricks Day.

Another incredible dinner we had was at Burj Khalida overlooking the water show (bigger than Vegas). Incidently, it is the tallest building in Dubai and worth a trip to the top as well through the lobby to see the Plensa’s

Dubai is definitely on the radar and worth the long schlep  especially flying over on Emirates, the most luxurious airline I’ve ever been on. It’s like the movie, Salmon fishing in the Yemen, if they build it they will come.   Lots to learn and experience in this part of the World where the people are friendly and welcoming in their home and where the official greeting is Salam,  Peace be upon you.

One thought on “Art Dubai”