It’s like nowhere else on earth.  While the breathtaking landscape and wildlife are certainly well photographed by National Geographic and familiar in films like Shackleton, just being there immersed in it all, went well beyond my imagination. I’ve been manifesting this journey for 10 years and I can tell you that it was well worth the wait.  As I researched many outfitters to find the best way to experience this place, I couldn’t imagine a better outcome with a more perfect curated fun group of explorers. It was a magical dynamic. 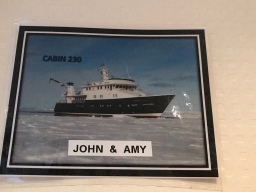 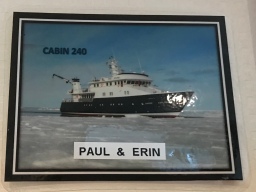 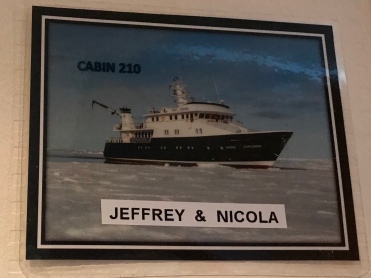 5 couples on a small vessel in Antarctica for 8 days never having travelled together before.  Now that was trusting the universe!  The first great decision we made was to avoid the 36-hour crossing of the Drake Passage, the notorious mariners’ graveyard where wind gales can whip up waves so treacherous that Dramamine would not suffice. An old mariners’ expression about these winds is “below 40 degrees south, there is no law and below 50 degrees south, there is no God.” Whatever that means.. our

Captain has inscribed on his wheel “There is always hope”. But I’m getting ahead of myself.  All outfitted up in our muck boots and winter gear even though it was summer in Antartica, we met in Punta Arenas and chartered a flight to King George where our Hanse Explorer 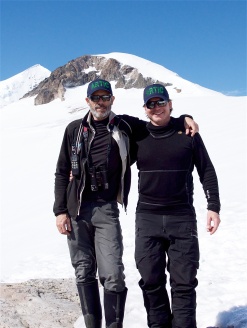 equipped with 5 equal cabins and 17 in crew were waiting for us to set sail.  It was exciting from the get go especially being totally out there with no cell service or internet for a week… Challenging for some!  There were no towns, villages or bars except for the odd research base we visited, Vernadsky.    Our route took us across the Bransfield Strait into smaller channels through the Orleans strait, Gerlache strait and back to King George. We scarcely saw another ship for the entire voyage.

Time and space eluded us while we motored past sapphire-blue icebergs and glaciers (glac-ciers as our head guide Richard would say) whipped by wind and water into fantastical shapes, arches and grottos. 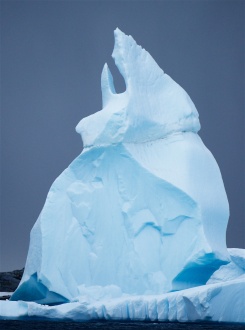 The colors! We were surrounded by a topaz and aquamarine dreamlike setting with an almost spiritual serenity.  Our very first encounter on our Zodiac was with killer whales so close you could pet them if you dare with humpbacks in close proximity with their 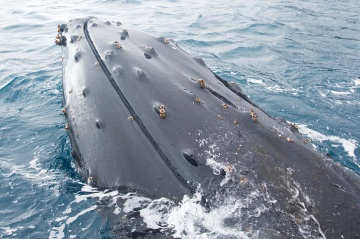 magnificent tails emerging so close you could see their barnacled head and blowholes. Everyday, we would go out on our zodiac to be greeted by different species of penguins in huge colonies that practically ignored us but hard for us to ignore the oder omitting from all the krill they eat. 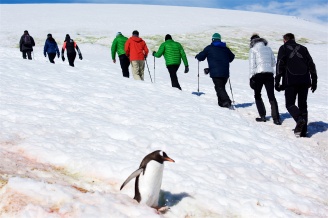 They were very busy, noisy and smelly as the young ones were beginning to moult but oh so cute!  Slobbering elephant seals with those gorgeous giant eyes lazed on the shore also indifferent to our presence while I tried to get close to a sleeping leopard seal.  You would think he noticed me in my pink get up. 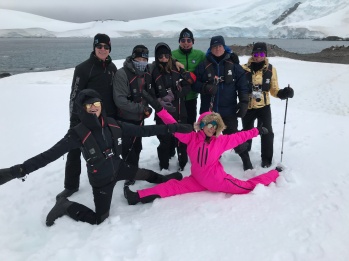 Setting foot on the Antarctic Peninsula for the first time was a highlight as was the second time!

It was the most exercise we got in a week save for the tabata routine we did together in the owners suite. Sure wish I had a picture of that! And did I mention we had no internet? It was refreshing not seeing people staring at their phones during meals but instead engaged in stimulating conversation (politics aside). After lunches, we digested while we watched many classic movies including Pulp fiction, Scarface, and the 1914-17 Endurance expedition, Shackleton’s attempt to make the first land crossing of the Antarctic continent.   It was surreal watching this harrowing feat of endurance while looking out

at the exact same scenery but warm and toasty in our comfortable living room. Then it was time for the Polar Plunge!  It was one gorgeous sunny day but the waters were the same 32 degrees F. Exhilarating to say the least…but a back flip?! 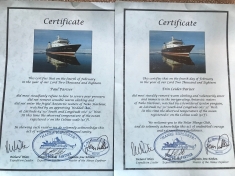 Evenings were filled with music and laughter as we celebrated a birthday and we had our very own DJ and sexy dancer extraordinaire who played up to his song selections.

We had plenty of poles to dance/ hang on to but my immediate takeaway is I need to upgrade my party music.

While the impact of climate change across Antarctica is still not completely understood, it is definitely contributing to instability on this continent’s west side.  While kayaking close and in between glaciers that broke off from multiple icebergs, I felt and saw them breathing and moving away. 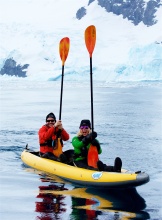 And there are signs that these changes could be affecting the wild and marine life.  More research and expeditions come to this area than any other to study and they play a valuable role in the conservation of this great wilderness. 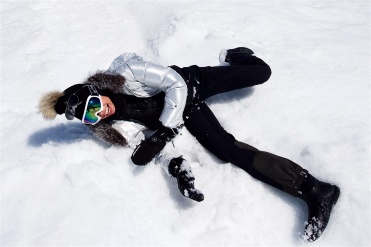 I am forever grateful to them for allowing us to play in their playground as a tourist although I do feel as though we were on an expedition.  Our crew and how they perfectly provisioned the food and more importantly the drink was spectacular. This was a trip of a lifetime for me as other-worldly as you get.  Next on the agenda…the MOON.